You are here: Home / Road safety / Learn how to watch out for motorbikes on Greek roads

Motorbikes wish or curse in the Greek streets?

As we all know, the streets are daily full of motorbikes.

Unfortunately, however, it is often observed that some riders of two-wheelers feel that, by riding a motorcycle, they have the absolute freedom of movement, overlooking that they too are subject to the same Highway Code (K.O.K.) as the rest of the vehicles that move on Greek roads.

This laxity that for better or for worse offers them by riding a motorcycle, creates the impression that they can take various actions with ease, which can often be dangerous, indicatively:

* To move between the rest of the vehicles – whether they are immobilized or on the move – and to overtake literally within walking distance of them,

* To move upside down on one-way streets because they consider that, due to their small volume, they do not trade and do not cause danger,

* Climb pavements or islets to pass faster with the risk of being diverted and overturned on the roadway with all that this entails for their physical integrity.

And all this most of the time without wearing a protective safety helmet or without having it tied up, they wear it, that is, simply so as not to receive a call to a possible check by a police officer.
Other times, they wear the helmet on the elbow, where they probably think their brain is (see unknown myths and realities about the protective helmet of a machine).

What car drivers experience every day on Greek roads

I could talk, because of my specialty, about many different situations that I have encountered in my profession, but I would like to share with you my own experience as I experience it every day.

From the first moment I get into my car, I think and I get anxious looking at the mirror two and three times before I unpack my vehicle, on the one hand because I may be hindered by a parked motorbike, and on the other hand because I happen to live on a one-way street and I see on a daily basis motorbikes moving upside down.

So, after I manage to win the first battle in this unequal race I head to a main road where most vehicles are moving in verses. And I say most, because motorbikes do not follow this rule.

After I pass the second lap and reach my destination unharmed and unharmed, but even more so without having witnessed a road accident, then I have to face with composure and patience the spectacle of two-wheelers, whose drivers give up wherever they want without anyone else being interested but themselves, as if all the parking spaces belong to them.

The wise and with care towards the rest of the drivers parking of our vehicle, not only shows Education and Culture, but is also a practical manifestation of our driving intelligence.

In closing, I have the feeling that the motorbikes are moving as if they are racing or showing off possibilities. At the end of this struggle, however, there are only those who have been defeated.

This total lack of respect for the Highway Code (K.O.K.) and the feeling that the rest of the road users should be prepared for the unexpected can be and in many unfortunately cases have been fatal.

The biggest enemy in analyzing the conditions of a car accident is time.
Make it your ally!

Obviously not all two-wheeler drivers are the same and certainly for the zouga on Greek roads it is not only they who are responsible.

There are two-wheeler drivers who respect the Highway Code (K.O.K.), the rest of the drivers and above all their own lives.
These are an example that everyone who rides a motorcycle should follow.

Two-wheelers do not look easy and have peculiarities on the road and the wisest thing is for car drivers to be particularly careful, especially now that bicycles have been added to our lives.

1) Every car driver should always drive in the middle of the lane, so that there is enough 'living' space at the edges in order for a motorbike to pass.

2) In cases of change of lane, the road must be thoroughly checked by the mirrors and the driver should inform with the change of direction indicator (turn signal).

The cyclists, due to their small volume, give a smaller mark to the human eye, while they are usually covered by the 'dead' angles of the car.

3) Each car driver must check the road well before opening his door and the other doors of the car.

There is an immediate risk that a passing motorbike will be hit.

4) The abrupt brake or otherwise the sudden braking of a vehicle in urban centers surprise cyclists.

It is advisable to drive defensively, so as to help with our driving and the rest of the road users (see What is the correct safety distance between two vehicles with numbers).

5) Every driver should be aware that a motorbike does not turn only with a simple movement of the steering wheel, like a car.

In fact, at higher speeds the cyclist will have to tilt its body in the direction it wants to turn. Therefore, there is a need for some 'living' space, which the driver of the car has an obligation to offer.

6) Great care is needed when a car driver crosses a main road on which a motorbike is moving (e.g. intersection with a mandatory stop sign, "STOP" sign on Greek roads).

It is difficult for the human brain to accurately calculate the speed of the motorcycle and therefore for the driver of the car to judge whether he has time to pass or not. In the slightest doubt it is better to wait and let some precious seconds pass.

Imagine how much more difficult this complex process becomes when driving at night (see 5 Reasons why night driving is considered the weakest link).

The concurrence of cars and two-wheelers on Greek roads is difficult and requires a mutual effort on both sides.

However, in any difficult and controversial case, the driver of the car would be wise to give priority and facilitate the motorbike.

It should never escape us that the cyclist is completely defenseless.
It is not protected by the sheet metal of the car and generally by the whole package of passive safety.

In an interview, Tom Plucinsky, BMW's representative in America (cf. Adapting Car Safety Features to Motorcycles), among other things, states that companies recognize how vulnerable two-wheeler riders are and their purpose is to invent ways to offer passive safety to motorcyclists as well.

You decide your speed and physics decides whether you will live or not.
Slowing down won't kill you.
Protect your life in every way!

He discovered the real causes of a car accident.
Protect your interests!
Secure your compensation! 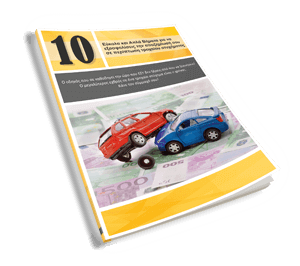 Fill in your details below so that you can be informed as soon as the book is officially released.

Your information is secure with us. We will never send you unsolicited emails. 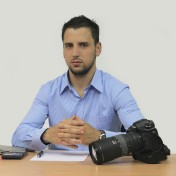 My name is Christos - Loukas Stergiou and as an expert - analyst of road accidents, I experience every day how bad it is for someone to fall victim to a road accident. I have set as my primary goal the disclosure of the real causes in every road accident in combination with the protection of the interests of my respective client. Connect with me on LinkedIn or Facebook Page

Fill in your details below so that you can be informed as soon as the book is officially released.

Your information is secure with us. We will never send you unsolicited emails.

We use cookies to analyze traffic and optimize your experience. By using this website, you accept the use of cookies. Accept Rejection Learn more
Learn more